Voice acting is a wonderful profession, and for some (like myself), the only career path they feel they can embark on without going stir-crazy. There's joy in bringing characters, worlds, and stories to life, or being a driving reason for potential consumers to investigate a product. I wouldn't be committed to this lifestyle if I didn't genuinely enjoy it.

But here's some food for thought: if you go to any job fair, everyone there wants you to have their job. Right? Whether it's law or nursing or whatever, everyone there says their job is the best thing since the invention of peanut butter. Voice acting, on the other hand, is one of the only professions I've seen where even the industry giants (perhaps especially so) tell you you should probably do a 180 and go marching right the other way. They love their careers to crumbs, yet they dissuade so many others from joining them.

They're not being paranoid or selfish - they're acknowledging a grim reality that voice acting really isn't a career for everyone. It's a long, hard, often poverty-filled road with a payoff you can't see, and not everyone likes the voice over process as much as they thought they would.

Nevertheless, many want to try their hand at it anyway. And because it's such a hard profession (or even hobby) to make something out of, there are things you need to acknowledge and accept before making any sort of commitment. So before you even start thinking about demos or auditioning, here are some things you need to consider.


#1: You could easily spend upwards of a year getting started. That's not "one year before you finally make it big." That's "one year before you even make your first demo." If you're like me and started your career smack-dab at the bottom of the barrel, it's going to be awhile before you're ready to take the plunge. This includes doing research, trying out all your spiffy new equipment, taking lessons of some sort (especially if, like me, acting wasn't actually something you did before all this), designing a home studio, building connections...

I started down the road to becoming a professional voice actor when I was 19. I received my first demo on my 21st birthday.

If you want to be good at what you do, it will take time. Taking this plunge before you're ready can really, really set you back, so think carefully on how much time you're willing to invest to make this thing happen. Do you want results overnight, or is this something you truly want to spend your life doing?
Exception: A number of people just sort of accidentally stumble into this industry and wind up loving it - i.e., people who worked in radio, got randomly selected to do a car commercial, and just ran with it from there (in fact, this was essentially the advent of Troy Baker's career). Some people already have connections or even equipment at their disposal, and this can put them ahead of the curb a bit. If you have the opportunity, you may want to be one of those people...but if you, like me, live in a tiny town with few opportunities to advance the career of your dreams, you may need to throw your back into that boat a little harder before it pushes into the sea.

#2: Start-up costs can be enormous, and there's no return on your investment for a long time. Including voice over lessons from Edge Studio, my equipment, my home studio setup, and my demo, I probably spent $3,000-$4,000 just starting up. To be fair, part of the enormous price comes from me repeatedly buying stuff it would later turn out I didn't need, but most of it's legit. Again, your results may differ, especially if you already have some equipment and experience, but expect to sacrifice your wallet to the voice over gods to make it happen.

My recording equipment (microphone, headphones, interface, mic stand, etc.) probably ran me close to $800 (the mic and headphones were about $400 together). My home studio was the problem child of the start-up process and cost me probably around $600 just experimenting to find out what worked. (To simulate this experience for yourself, coat a wall in glue, crinkle up a bunch of $100 bills, and throw them at it. Whatever sticks, you keep, everything else you burn.) The demo prep and production ran close to $1,000. Voice over lessons were probably a good $1,000-$2,000 on their own.

If you're just planning on doing online work or auditioning from home, expenses may go down, and you can just upgrade from there. If you're planning on doing broadcast quality work from your home, you've got your work cut out for you.

#3: If you have a plan, it will probably be shattered multiple times before achieving its final form. So basically, your plan for your career is like the final boss in a Final Fantasy game: it will change form numerous times before you can achieve victory.

Your brilliant plan for your career as it is now could easily morph into something else a few months down the road. Sometimes it doesn't matter how educated you are; the world will blindside you and force you to readjust. It doesn't mean you're stupid for not foreseeing it, but you still may not be happy about being a few hundred dollars in the hole.

A fair example is my home studio ordeal which required hundreds of dollars in experimentation to settle on. In keeping with our Final Fantasy analogy, it's like the best friend who betrays you and mutates into some giant creature you need to kill before the final boss. 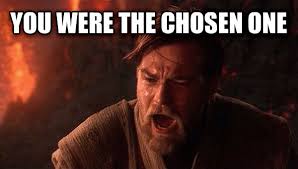 Like this, every single time I had to rearrange my booth.

Do as much research as you can, not just on what you need now, but on what you'll need months or years down the road. My home studio went from a "Death Cubicle" (named so because it probably would have killed me had it collapsed on me) to an actual booth in my closet, and the adjustable music stand I'd bought wouldn't fit within. It now sits cold and alone in my garage. I made a big deal about recording on my iPad with TwistedWave, only to discover the myriad equipment required interfered with the audio. Thankfully, I still use my iPad to read my scripts. I was dead certain I needed these things at the time, finding out the hard way when one need shifts, everything else does, too.

Make big investments slowly and carefully. Work within your means unless it becomes clear you need to upgrade. Mistakes can be costly. Research exactly what your home studio needs for your circumstances. Start with the simplest solution and open it up from there, rather than assuming you need an expensive, complicated setup and discovering the hard way you need to change it a few months later.


In a way, all this is meant to scare voice acting hopefuls - not to crush their dreams, but to show them reality, that a lot is required to so much as start down this path. If you've examined your options and you truly believe your life isn't complete without voice acting, then pursue it to the end! Don't give up! It's your dream - don't let it die. But you also shouldn't leap into this career with a head full of cotton when, in reality, it may not be something you're willing to commit to.

More food for thought - Paul Strikwerda on Nethervoice.com wrote an insightful article on this same sort of subject. I love the way he ends it - "You have to be a fool to become a voice over, [but] I've never been happier."
Email ThisBlogThis!Share to TwitterShare to FacebookShare to Pinterest
Labels: getting started

Pick a subject and dive in